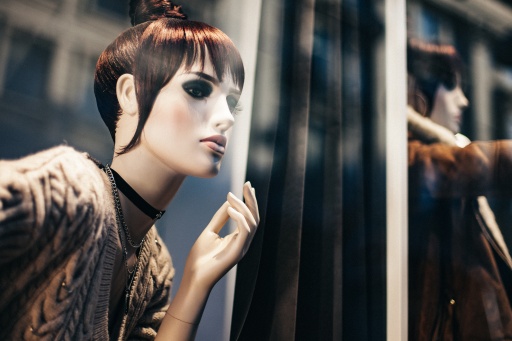 Being deliberate in your body movement and placement is essential for Drama. No Drama class is quite complete without devoting time to students creating tableaus (a group of motionless actors depicting a scene) because it helps students concentrate on having control of their body position on stage without also worrying about memorizing lines or cues.

However, many students find tableaus boring or have difficulty creating a scene that is interesting and important to them. What’s worse, sometimes when you’re attempting to assess a tableau, you’re not even entirely sure what the tableau scene is supposed to be because students are still developing their craft. My solution? The Mannequin Challenge.

For those of you unfamiliar with this trend, the Mannequin Challenge is a viral Internet video where people remain frozen (like mannequins, get it?) in a scene, typically with the song “Black Beatles” by Rae Sremmurd playing in the background. It’s amazing because you can still assess all the same expectations you would with a tableau, but your students will be much more excited about creating a scene that might make them Internet famous!

When I suggested the idea to my placement class, let’s just say there was a lot of excited yelling. When’s the last time that’s happened when you suggest a tableau assignment?

This is the outcome of our hard work:

Below I will outline the materials you need, and some tips for success for doing this assignment.

-recording device such as a tablet or phone

-CLEAN VERSION of “Black Beatles” by Rae Sremmurd. There is profanity in the uncensored version, so do not use that as the background music unless you want to receive some angry phone calls from concerned parents! :p Here is a clean version on YouTube that you can download, or you can buy it in iTunes.

-pick a spot in your school where there are a lot of fun props. My recommendations are the music room, the gym, or outside on the playground. These locations make it easy for everyone to be doing something interesting in the scene, such as playing an instrument.

-ban “fight scenes”. A lot of the Mannequin Challenges I’ve seen involve people throwing punches, pulling hair, etc. Personally, I think there are far more fun things you could be doing in a scene, and if your class tends to get rowdy, allowing them the opportunity to throw punches, even fake ones, can be an invitation for trouble.

-plan plan plan. Organize students into little clusters throughout the Challenge so students can decide in small groups what they want their poses to be. Take time before you film to practice so everyone has a pose they can hold for an extended period of time comfortably.

If you film The Mannequin Challenge with your own class, send me a link to the video. I’d love to see what you’ve done!

One thought on “Try the Mannequin Challenge with your Drama Class!”